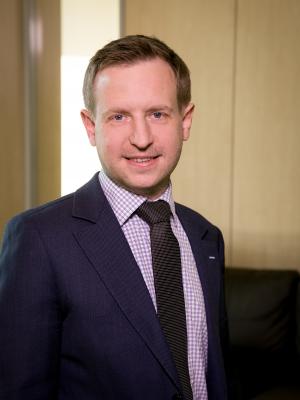 Amaury Mulliez began his career in 1998 as a corporate credit analyst at Société Générale in Austria, prior to being a consultant at BCG from 2000 to 2006, where he mainly worked in the infrastructure and financial services sectors.

Amaury joined PROPARCO in 2006 as an investment officer in the Private Equity Division. From 2009 to 2013, he was regional representative for the Maghreb region, and was then head of the Banks and Financial Markets division at the Paris headquarters until March 2015. From April 2015 to August 2018, he was Deputy Chief Executive Officer of Proparco. He graduated in Finance from the ESCP Business School and holds a Master’s Degree in Philosophy from la Sorbonne University.

The Risk and audit committee