Capella Solar: A solar park in El Salvador, one of the largest in Central America

Renewable energies and energy efficiency
Salvador
Back to the map

©Neoen
This USD 28m loan allocated by PROPARCO to the French champion of solar and wind energy, Neoen, will finance the construction of a 140 MWc solar power plant. This new solar park is contributing to El Salvador’s transition towards renewable energies.
Client presentation

Capella is a project 100% owned by Neoen. The company was set up in 2008 and is the first French independent producer of exclusively renewable energy, with a current capacity in operation and under construction of 2 GW, and over 1 GW of additional projects secured. The company is active in France, Australia, Mexico, El Salvador, Argentina, Zambia, Jamaica, Portugal and Finland and has projects in over fifteen geographical areas. For example, Neoen operates the most powerful solar park in Europe, in Cestas in France (300 MW), and the largest lithium-ion storage power plant in the world, in Hornsdale in Australia (100 MW / 129 MWh). In late 2017, Neoen won the bid for one of the largest (375 MW) and most competitive solar farms in Mexico. Neoen is targeting a capacity installed or under construction of at least 5 GW by 2021. Neoen (ISIN Code: FR0011675362, mnemonic: NEOEN) is listed on Compartment A of the Euronext Paris regulated market.

Capella Solar, a 140 MWc photovoltaic power plant, is the second project to be operated by Neoen in El Salvador, after the 101 MWc Providencia plant commissioned in 2017. FMO (Dutch development bank) and BID Invest (private sector arm of the Inter-American Development Bank), the arrangers and lead funders, as well as PROPARCO, are providing the senior debt to the project, whose total investment stands at USD 133m. The power plant is combined with a 3 MW/1.5 MWh lithium-ion battery, making it the largest storage facility to be deployed in Central America to date. Capella is expected to be commissioned in early 2020. The project will be built by a consortium composed of TSK and the French company Gensun. Schneider Electric will supply the inverters. Neoen won the Capella Solar project during a public bid invitation launched in 2016. Capella Solar will benefit from a contract for the purchase of the electricity produced, with a 20-year maturity, with the local distributors Delsur, AES, EDESAL and B&D at a tariff of USD 49.6/MWh, which is lower than grid parity. It will supply El Salvador’s market with the most competitive electricity in its history.

On the economic level, the project will contribute to reducing El Salvador’s dependence on fossil fuels and on other countries in the region (El Salvador is an electricity importer). The solar power plant will supply some 298 GWh of green electricity every year at a moderate price. The project includes a storage system which will improve grid stability and make the supply more reliable. This solution, which is still not very well developed, is considered as innovative. The project is expected to avoid 110,000 teq CO2 a year.
On the social level, the project will support over 600 direct and indirect local jobs over the next five years. 3% of the company’s revenue is to be injected into a community development program via the El Salvador foundation FUSAL. 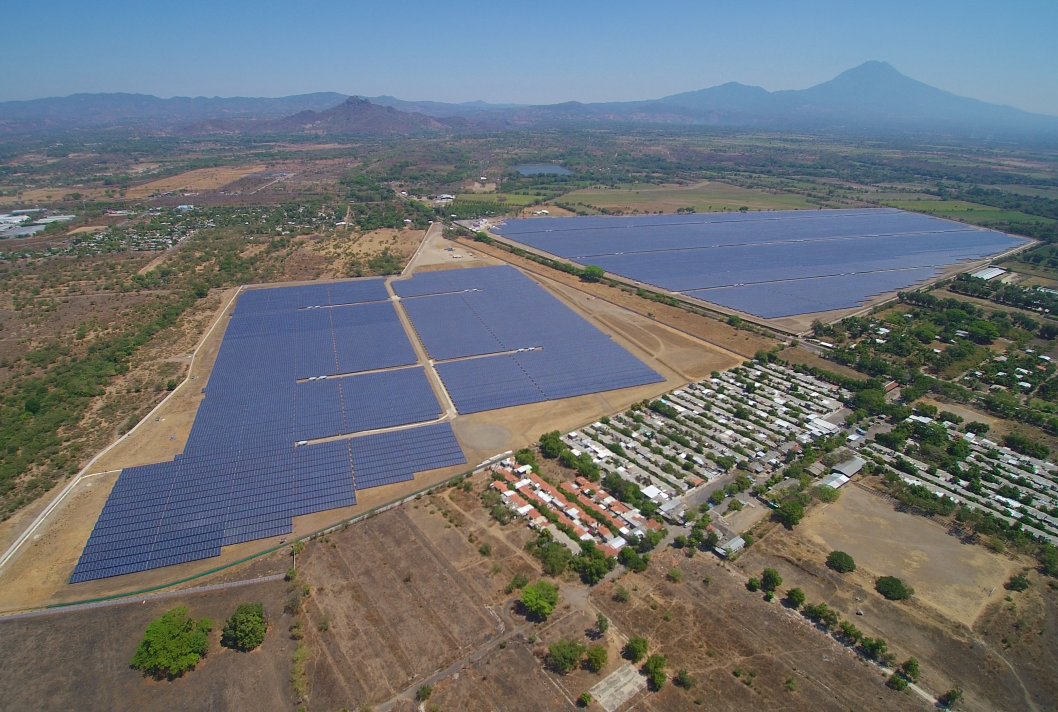 The project involves the construction by the Spanish construction group Grupo TSK, via a turnkey contract, of a solar power plant, La Providencia