@droits réservés
Within the framework of the Finance In Common Summit, several development finance institutions and the European Commission join forces to protect households and enterprises in the poorest countries against currency risk during the COVID crisis, and to increase their financial resilience.

The Currency Exchange Fund is thrilled to announce that the European Commission (EC), with the support of Kreditanstalt für Wiederaufbau (KfW), the International Finance Corporation (IFC) on behalf of the International Development Association (IDA) and Proparco invested over USD 200 million in the Fund.

The investments, combined with the 2019 capital increase, raise TCX’s risk bearing capacity by 67% to USD 1.25 billion. This aggressive growth reflects the increased demand for local currency from households, enterprises and institutions in frontier markets. It also shows the dedication of development finance institutions to remove the currency risk from cross-border lending to borrowers in developing countries. The investments come with a focus on borrowers in Sub-Sharan Africa and in the European Neighborhood countries.

Ruurd Brouwer, CEO of TCX states: “The investment is a timely response from our investors to counteract the detrimental effects of the pandemic. Especially the poorest countries that lack reserves and adequate health care systems are vulnerable to this external shock. Currency depreciations put many households and other local entities that have borrowed in foreign currency at risk of default. Allowing them to borrow in their local currency instead increases financial resilience, which is needed to reduce the negative impact on economic activity and livelihoods of this crisis, and future crises.”

TCX is a global development finance initiative which offers long-term currency swaps and forwards in 80+ financial markets where such products are not available or poorly accessible. The Fund started operations in 2007 and has since then provided hedging instruments with a total volume of USD 8.5 billion, spread over 3500+ transactions. Today the fund has a total exposure of USD 5 billion in 60 frontier-market currencies. By selling parts of this exposure to private investors it creates markets and gives frontier countries access to the international capital market 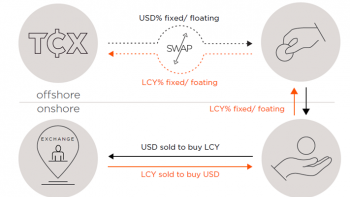 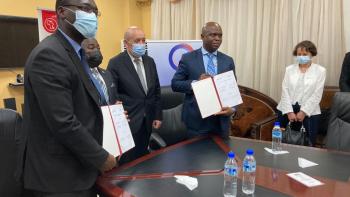 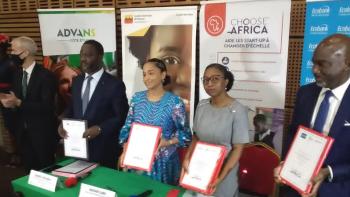 Côte d'Ivoire: PROPARCO is strengthening its partnership with ADVANS-CI, ECOBANK-CI and SIB to support Ivorian companies affected by the crisis