@droits réservés
Agriculture is a key sector for social and human development in Zimbabwe and Zambia. It employs 65% and 75% of the population, respectively, and accounts for 15% and 19% of GDP. The sector is a pillar of a once prosperous economy in Zimbabwe, but its yields and production have been reduced since the early 2000s.

Plant breeding is one of the activities of Seed Co Group. It is a driver for growth in agricultural production that is essential to food security in Africa.

Seed Co Group was set up in Harare (Zimbabwe) in 1940 as a cooperative and is the leading seed company in Africa.
Seed Co Group selects, produces and markets hybrid field seeds, including corn, wheat, soybean, sorghum, groundnuts, beans and cowpea. It has an extensive infrastructure base with six production plants and eighteen research stations in East and Southern Africa.

The Seed Co Group enjoys a very solid and healthy relationship with its main shareholder, the French group Limagrain, which is  the 4th largest seed company in the world, and a leader in vegetable seeds in the world.

PROPARCO’s USD 25m loan (divided into two USD 12.5m tranches) will finance the Group’s international expansion via a loan to Seed Co Zambia and the development of Seed Co Zimbabwe. This loan will allow Seed Co to finance a corn dryer in Zimbabwe which will double the harvests of farmers (one in the summer and one in the winter) and help improve efforts to address the climate risk. It will also allow the Group to increase its production capacity, in particular in Zimbabwe and Zambia, enter new markets (West Africa) and diversify its activity through the development of new types of seed (vegetables, rice, etc.).

By supporting Seed Co Group, whose activity is improving food security in the region by helping to increase agricultural yields, PROPARCO is contributing to the development of the economic fabric of the region, job creation, the promotion of quality industrial facilities with high environmental and social standards and the adaptation of Sub-Saharan agriculture to climate change.

It is estimated that over the next five years, a million more people in Zimbabwe and Zambia will have access to corn from Seed Co seeds. The project should contribute to creating some 95 additional direct jobs and should support some 14,000 indirect jobs. In terms of the climate, the installation of a corn drying unit by Seed Co will allow external farmers to harvest their wheat earlier in the year (May or June instead of September) and thereby considerably reduce losses due to disruptions in rainy seasons. This investment will also contribute to reducing the vulnerability of agriculture to climate change. In addition, the investments in research and development financed will develop varieties that are more resistant to weather conditions. 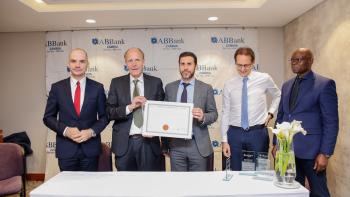 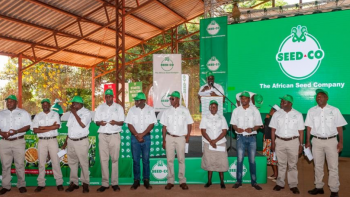