Françoise LOMBARD was appointed Chief Executive Officer of Proparco by the Board of Directors on 25 March 2022. She joined Agence française de développement Group in 2016 as Chief Financial Officer and became a member of the Executive Committee on 1 January 2018.

Françoise LOMBARD graduated from Sciences Po and is an alumna of the National School of Administration.

Françoise LOMBARD began her career in 2008 at the Directorate for Financial Affairs of the Ministry of Defence as Deputy Director then Director of the Budget Summary Office. She joined the Treasury Directorate of the Ministry of Finance in 2011, where she was responsible for franc zone monetary cooperation agreements between France and West Africa. She also supervised several multilateral and bilateral development programs in West Africa, on behalf of the French State.

In 2012, Françoise LOMBARD joined the Government Shareholding Agency, first as Deputy to the Bureau Chief responsible for the follow-up of La Poste Group and CNP Assurances, then as Deputy Director of Shareholdings, Services and Finance in 2014. In this capacity, she is a member of the Boards of Directors of La Française des Jeux, SFIL, Radio France and Imprimerie Nationale.

She joined Agence française de développement Group in 2016 as Chief Financial Officer and a member of the Executive Committee on 1 January 2018.

The CEO develops the company’s main orientations and supervises the operational implementation of the strategy determined by the Board of directors. She relies on various internal committees in charge of studying opportunities for collaboration and partnerships that will promote the development of the private sector within Proparco’s sphere. The CEO of Proparco is a member of the Board of Directors of EDFI.

“I am delighted to succeed Grégory Clémente as CEO of Proparco, and very excited to contribute to addressing the many challenges of private sector development in our geographies of operation. I would like to thank AFD Group and the Board of Directors of Proparco for their confidence.” 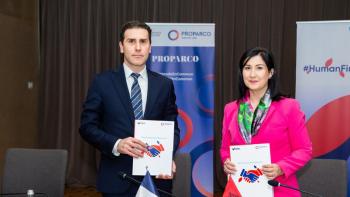 Albania: Financial agreement of Eur 5 million between Proparco and NOA 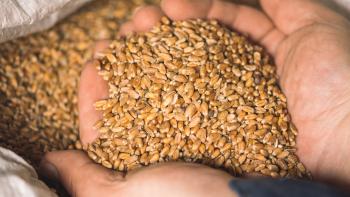