Electribus
Proparco is supporting the transformation of mobility in the Colombian capital by allocating a loan in local currency equivalent to USD 52m. It will finance the replacement of old diesel buses by over 250 electric buses in Bogotá.

With over nine million inhabitants, i.e. 20% of the country’s population, Bogotá is one of the largest cities in Latin America. It is also the second most polluted city in Colombia and the tenth in Latin America. According to the Colombian Ministry of Environment, 23% of air pollution in Bogotá comes from buses.

Through this loan to Electribus, Proparco is financing the first fleet of electric buses in the capital with Financiera de Desarrollo Nacional (FDN). It will replace a fleet of obsolete and highly polluting diesel buses. This project will substantially reduce air pollution and improve air quality in Bogotá. It will also have a positive impact on people’s health people in the Fontibón and Usme neighborhoods, which are among the most vulnerable neighborhoods in the city. Over 50 million passengers a year should have access to a more modern, safer and more comfortable public transport system. The project should also reduce emissions by 31,100 tons of CO2 eq per year.

Proparco’s financing has been allocated in local currency to meet the project needs. It includes an innovative coverage scheme that will also fully finance the program to replace bus batteries in 2028.

With these new concessions allocated in 2019, Transmilenio is setting up a new concession scheme which aims to separate the acquisition and provision of buses (first concession) from their operation and maintenance (second concession). This scheme has been successfully implemented in other large cities. Building on the success of this first award of a concession, concessions to replace over 1,200 buses were launched in the second half of 2020 in order to accelerate the replacement of SITP’s buses.

For Grégory Clemente, Chief Executive Officer of Proparco, “Decarbonizing urban transport while providing a growing urban population with high-quality mobility is a common challenge. Supporting Bogotá right from the start, by financing the first fleet of electric buses which will run in the capital, is not only a great honor for Proparco, but also a further demonstration of Agence Française de Développement Group’s commitment in Colombia.”

Positive impact on the carbon footprint of the capital, in line with Colombia’s commitments under the Paris Climate Agreement

Camilo Villaveces, CEO of Ashmore Colombia, the manager of Ashmore Andean Fund II, FCP and Ashmore Andean Fund II, LP, the concessionaires of the Electribus fleet, says: “Electribus is an investment that aims to improve the quality of life of residents in Bogotá through a fleet of buses with the highest standards in terms of design, comfort and quality, while having a lower impact on the environment in terms of emissions. With this project, we are continuing to participate in initiatives that target energy efficiency in transport and we offer to improve air quality in the city.”

This project will thereby contribute to the SDGs n° 9 (Industry, innovation and infrastructure), n° 11 (Sustainable cities and communities) and n° 13 (climate change). 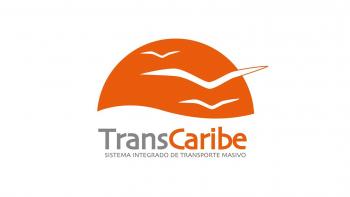 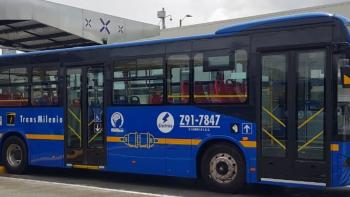 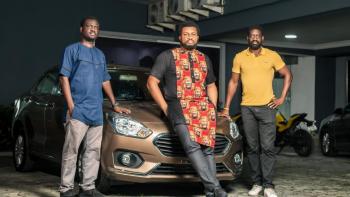