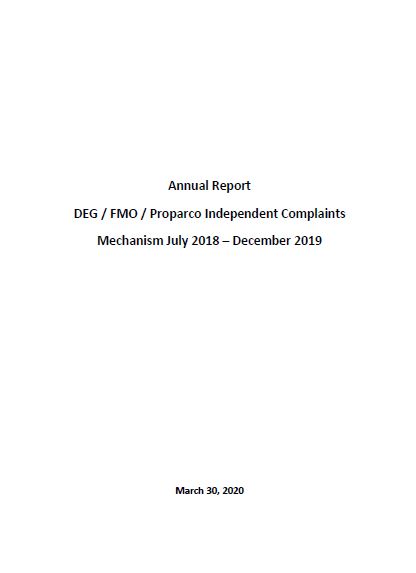 As part of their commitment to act responsibly and transparently, in 2014, DEG and FMO established an Independent Complaints Mechanism (ICM) to ensure that individuals, groups, communities or other parties who believe to be adversely affected by a DEG and/or FMO-Financed Operation have the right to be heard and the right to raise complaints with both institutions where they believe there has been a breach of the organizations’ policies or procedures. Proparco joined the Independent Complaints Mechanism in February 2019 after signing a deed of accession in July 2018.