Review : With the French Presidency of the Council of the European Union, Proparco is stepping up and extending its action

Under the French Presidency of the Council of the European Union, held for six months from 1 January to 30 June 2022, Proparco has significantly stepped up its cooperation activities with the European Union (EU). From cultural and creative industries to renewable energies and including the FISEA+ initiative for African MSMEs… We take a look at four flagship projects launched during this period and supported by the EU.

At the time of the French Presidency of the Council of the European Union, Proparco launched the CREA Fund (Creative Enterprise Action Fund) at the beginning of the year. It is its first initiative to facilitate access to financing for cultural and creative industries in Sub-Saharan Africa.

This facility comprises a guarantee component and a technical assistance (TA) component. It will be operational in the autumn of 2022 and benefits from €6.47 million of financial support from the European Union, with an expected leverage effect of over €20 million of private finance.

Details and analyses from Natascha Korvinus and Manal Tabet, investment officers at Proparco.

EFSD+, a tool for boosting the private sector in high-risk sectors and geographical areas

In April, the European Union renewed the guarantee tool of the European Fund for Sustainable Development (EFSD), which it launched in 2018 and has become EFSD+. The ESFD+ guarantee provides an umbrella of some €14 billion for European Development Finance Institutions, including Proparco.

Read the interview with Pierre Forestier, Director of the Sustainable Development Department at Proparco.

In February, during the 7th edition of the EU-Africa Business Forum (EABF) and on the sidelines of the EU-AU Summit, the European Commission and Agence Française de Développement Group signed a €35 million guarantee agreement for FISEA+, AFD Group’s facility implemented by Proparco under the Choose Africa initiative.

FISEA+ is an initiative launched in 2021. It invests in high-impact funds that meet four key strategic priorities: support for SMEs, the emergence of social and solidarity-based enterprises, the development of a sustainable private sector in fragile countries and support for start-ups specialized in digital innovation.

Through the European Commission’s support for FISEA+, it will be less risky for potential investors to invest in high-impact funds in Africa. The technical assistance component of FISEA+, which is also made possible by the financial support from the EC (€5 million), will maximize the impact of these funds in Africa.

Last March, PROPARCO and the European Union launched the second phase of the Sunref Palestine green finance program, in partnership with Bank of Palestine and Cairo-Amman Bank. This initiative aims to help local banks stimulate an emerging market by increasing their loans for green energy projects.

“Sunref II Palestine is composed of Proparco loans coupled with EU grants to provide investment incentives to Palestinian SMEs and technical assistance (TA) to project stakeholders”, says Nura Treish, investment officer at Proparco in Palestine. Proparco’s understanding of the Palestinian financial sector and local infrastructure has made it possible to set up Sunref II Palestine which targets real investment difficulties and barriers.

Read the interview with Nura Treish, investment officer at Proparco in Palestine.

To find outmore: Europ and Proparco 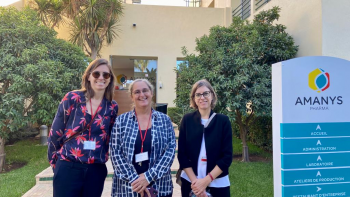 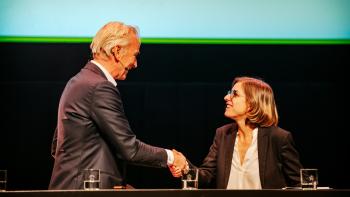 Proparco, the Ministry of Europe and Foreign Affairs of France and Team Europe support TCX to promote local currency lending 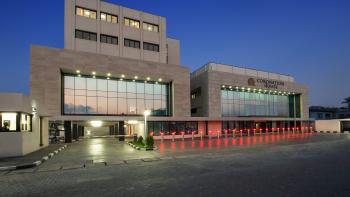