©ACME
By granting a €3 million credit line to an institution involved in financing microenterprises and SMEs in Haiti, Proparco is demonstrating its commitment to the private sector, a key player in building resilience in fragile countries.

Despite Haiti's deteriorated political and socio-economic context in 2019, the private sector is resisting and continues to invest in the country. Private companies thus play a major role in the development of the poorest country in the region, whose Human Development Index (HDI) is among the lowest in the world (168th out of 189 countries).

In this country where nearly 70% of the working population is composed of micro-entrepreneurs, financial inclusion is still far below the regional average and access to credit is particularly limited. Access to financial services and increasing the penetration rate of microfinance therefore remain major development challenges in Haiti.

In this context, Proparco has signed a credit line of the equivalent in dollars of 3 million euros with the Haitian microfinance institution ACME, which will be converted into gourdes using a structured back to back with the Haitian central bank. Created in 2009, ACME is the 2nd Haitian microfinance institution by the number of clients it serves. Today, it serves more than 33,700 clients composed exclusively of micro-entrepreneurs and SMEs. Through its action, it makes a significant contribution to the development of financial inclusion in both urban and rural areas. As a responsible microfinance institution, ACME has joined the SMART Campaign, a global effort dedicated to Client Protection.

The AFD Group has been supporting ACME since 2004 through the implementation of an ARIZ guarantee to facilitate the microfinance institution's access to local bank refinancing. ACME has been supported by Proparco since December 2013 through a €3 million credit line and $22,000 in technical assistance to improve the microfinance institution's risk management. 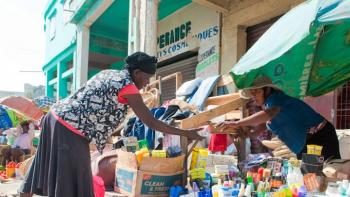 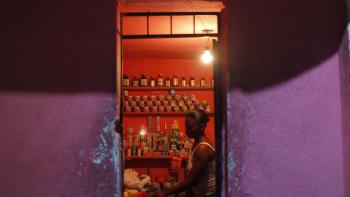 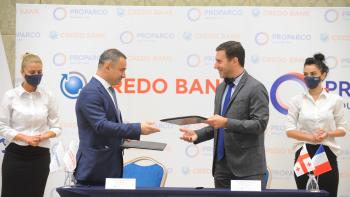