Proparco carries out its first operation in Uzbekistan

Through a US$15 million loan to Hamkorbank, Proparco supports the Uzbek private sector, in particular its small and medium-sized enterprises.

Since its creation in 1991, Hamkorbank has been focusing on supporting private companies. Thanks to its client-orientated practices and its innovative services, Hamkorbank has become Uzbekistan’s leading private bank. Its strategy focuses in particular on financing micro, small and medium-sized enterprises. Thanks to its extended network in the country, it has also been an important supporter of the agricultural sector.

A new partnership for growth and job creation

Proparco’s US$15 million credit line to Hamkorbank will further help the bank to play its essential role for the Uzbek economy and will support an actor well-known for its responsible environmental and social practices.

Proparco’s first intervention in Uzbekistan is fully in line with its commitment to financing MSMEs in developing countries and emerging economies.

“Proparco is extremely satisfied to sign its first transaction in Uzbekistan with Hamkorbank, the country’s leading private bank, and looks forward to strengthen its partnership with the bank and further expand its interventions in the country, with the aim, as always, to foster private sector’s contribution to the achievement of the Sustainable development Goals (SDGs)” said Jean-Gabriel Dayre, Proparco’s Regional Manager for Turkey, Caucasus, Eastern Europe, Balkans and Central Asia.

This operation is expected to support more than 4,000 direct jobs in Uzbekistan in the coming years.

Hamkorbank, the country’s leading private bank, focuses on financing microenterprises and small and medium-sized enterprises, as well as the agricultural sector. It has a total balance sheet of EUR 713m.

Through this financing to support the development of the bank’s portfolio, Proparco is supporting Uzbekistan’s private sector, especially its small and medium-sized enterprises.

The project involves supporting the growth of Hamkorbank, Uzbekistan’s leading private bank. It will support the development of Uzbek microenterprises and SMEs, the bank’s target clients (defined as a company that benefits from loans ranging between EUR 6k and EUR 413k), which currently account for 35% of the bank’s outstanding loans. The project will also support employment for local communities. The bank currently has 2,758 employees and could have an additional 1,292 in the next 5 years. Women currently account for 18% of the bank’s employees. This proportion could reach 25% in 5 years. 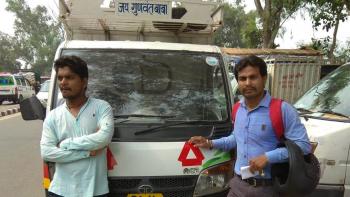 Proparco supports the development of the pan-African bank UBA