Neoen
Through a $40 million loan, AFD Group is helping to improve access to green electricity in a country marked by a low electrification rate.

Proparco and AFD jointly granted $40 million in financing to the Metoro project, including a concessional tranche aimed at optimizing the proposed tariff and supporting positive environmental and social benefits locally.

The 41MWp solar power plant will be built near the village of Metoro in the north of the country. This region, which contributes to the country's economic dynamism, will thus benefit from a more reliable and renewable electricity supply.

The Metoro project is led by Electricidade de Moçambique (EDM) and Neoen, a French company specialized in the development of renewable energies and a major partner of Proparco. Since 2016, Proparco has financed 5 projects developed by Neoen, including the largest solar power plants in El Salvador and Jamaica. The Metoro project is Proparco's first operation with Neoen in Africa.

With this operation, Proparco and AFD reaffirm their commitment to supporting the development of renewable energies and demonstrating their competitiveness in developing countries.

A project with high environmental and social impacts

This project will reduce Mozambique's greenhouse gas emissions. The emission of 49,000 tonnes of CO2 will be avoided per year (i.e. 1,221 kt of CO2 over the project's lifetime), given Mozambique's current energy mix.

The Metoro project also stands out for its social commitment. Part of the plant's revenues will be dedicated to education projects, as part of a community development plan drawn up with the local authorities.

The construction of the plant will employ up to 370 people, most of them locally recruited, and will support nearly 30 direct jobs during the project's operation. 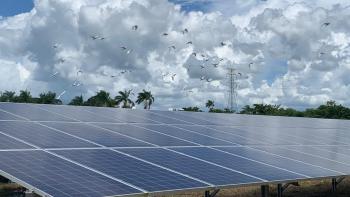