Kathmandu, Nepal, November 1, 2019—IFC, a member of the World Bank Group, and a consortium of other lenders today finalized a $453 million debt financing package that will support the construction of a landmark hydroelectric plant in central Nepal. The plant will increase Nepal's electricity supply by one-third from today’s levels and provide clean, reliable power to some 9 million people, part of a larger effort by IFC to create markets and fight poverty in the country.

IFC is the lead arranger of the debt package, which includes eight other lenders, and is one of the largest foreign direct investments in Nepal’s history. The financing is being provided to the privately-owned Nepal Water and Energy Development Company. The firm will develop and operate a 216-megawatt, run-of-the-river hydroelectric plant on the Trishuli River about 70 kilometers north of Kathmandu. Officially known as Upper Trishuli-1, the project’s financing structure, competitive tariffs, and use of internationally accepted contract standards is expected to set a standard for future hydropower projects in Nepal.

"This project is a game-changer for Nepal," said Barshaman Pun, Nepal’s Minister of Energy. "Not only will it power hundreds of thousands of homes and businesses, but it will also serve as an of example of how private companies can help Nepal expand its hydropower sector and attract much needed foreign direct investment."

Nepal's rivers, fed by runoff from the Himalaya Mountains, could support 43 gigawatts of electrical generation capacity. But less than three percent of that has been developed. As well, the country has suffered from blackouts and brownouts, hampering businesses and making life difficult for residents.

"There is no question that Nepal has the potential to be an energy powerhouse," said Bo-Seuk Yi, the CEO of the Nepal Water and Energy Development Company. "To realize that promise, Nepal can enlist the help of private companies, which have the capital and expertise to make major projects a reality."

The new hydroelectric plant is expected to be completed in 2024. Along with providing clean, reliable power to millions, it will set new environmental and social-impact benchmarks and enhance benefits for local communities. Furthermore, a cumulative impact assessment of existing and planned hydropower projects has been completed for the Trishuli basin, which will help guide sustainable development in the watershed.

“This project represents a significant milestone in the development of Nepal’s hydropower potential as it has been able to attract meaningful private sector participation, particularly from international investors,” said Mengistu Alemayehu, IFC Director for South Asia. “It also shows the unprecedented resilience and commitment by the government, the sponsors, and other stakeholders against all odds over the years, including a major earthquake. We expect this project to become a model for expanded investments in developing Nepal’s hydropower to meet the growing domestic demand and export to the neighboring countries.”

IFC and a consortium of Korean and Nepali partners, in collaboration with the Government of Nepal, have spent over seven years developing the Upper Trishuli-1 project, which is a prime example of IFC’s ability to create markets through upstream project preparation work over many years in low-income countries.

The Nepal Water and Energy Development Company’s key owners are Korea South-East Power, Daelim Industrial, Kyeryong Construction Industrial, and IFC. IFC is providing $190 million in financing, including $95 million of equity and loans from its own account, and $95 million as the implementing entity for other funding sources. The Multilateral Investment Guarantee Agency, another member of the World Bank Group, will provide $135 million in guarantees to cover political risk for the sponsors. Other financiers include the Export and Import Bank of Korea, the Asian Development Bank, the Asian Infrastructure and Investment Bank, the Korea Development Bank, CDC (the United Kingdom’s development finance institution), FMO (the Dutch Entrepreneurial Development Bank), the OPEC Fund for International Development, and Proparco.

Because of its unique development impact, pioneering features, and demonstration to private investors, the project also includes support from the International Development Association’s Private Sector Window, a global facility of concessional funds to support high-impact private sector investments in lower-income countries, the Finland-IFC Blended Finance for Climate Program, and the Climate Investment Funds.

About the IDA Private Sector Window
As part of the record $75 billion IDA18 replenishment, the World Bank Group created the $2.5 billion IDA Private Sector Window to catalyze private sector investment in the poorest and most fragile countries. Recognizing the key role of the private sector in achieving IDA18 objectives and the Sustainable Development Goals, the window provides concessional funds for co-investment alongside IFC and Multilateral Investment Guarantee Agency (MIGA) private investments. Concessional funds help to mitigate risk and reduce barriers, which unlocks and crowds in private investment in emerging markets. For more information, visit: http://ida.worldbank.org/psw

#Nepal For Ariane Ducreux : “Upper Trishuli 1 testifies both to Nepal's great potential in terms of hydropower production and to the ability of international financing institutions to join forces to support ambitious projects" https://t.co/e9LYHIXUye pic.twitter.com/MyZeR8kWA3

For Ariane Ducreux, Head of Proparco’s Energy, Digital and Infrastructures Division , “Upper Trishuli 1 testifies both to Nepal's great potential in terms of hydropower production and to the ability of international financing institutions to join forces to support particularly ambitious projects. Proparco is pleased to carry out its very first intervention in Nepal financing such a landmark project.” 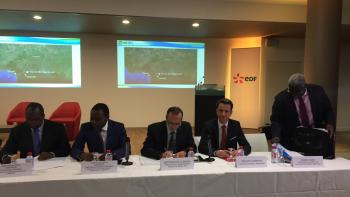 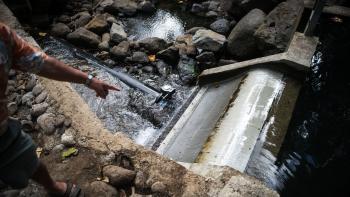