Eduardo Munoz pour l'AFD
Education
Latin America and the CaribbeanDominican Republic
HIGHER EDUCATION
Serving the general interest
45,700
students will enjoy quality service in educational structures financed by Proparco in 2015.
70,000
students have graduated from the PUCMM Since 1967
Women accounted for 60%
of the year’s PUCMM graduates in 2014.
DOMINICAN REPUBLIC – To secure the future of the country and its youth, the government of the Dominican Republic aims to “democratize higher education”. However, lacking the resources to finance universities and further education for teaching staff, the authorities have turned to the private sector. The Pontificia Universidad Católica Madre y Maestra (PUCMM) has been performing a public service function for over 50 years.

Like many countries in Latin America, the Dominican Republic has seen skyrocketing enrolment at institutions of higher learning (universities, vocational schools and institutes of technology). The student body grew from 2,000 in 1950 to more than 400,000 in 2014, and the numbers even tripled between 1990 and 2011. Sixty per cent of all Dominican post-secondary students are enrolled today at roughly 45 private schools, while the remaining 40% go to the country’s sole public university, the Universidad Autónoma de Santo Domingo (Autonomous University of Santo Domingo – UASD), founded in 1538 as the first university in the Americas – a century before Harvard. 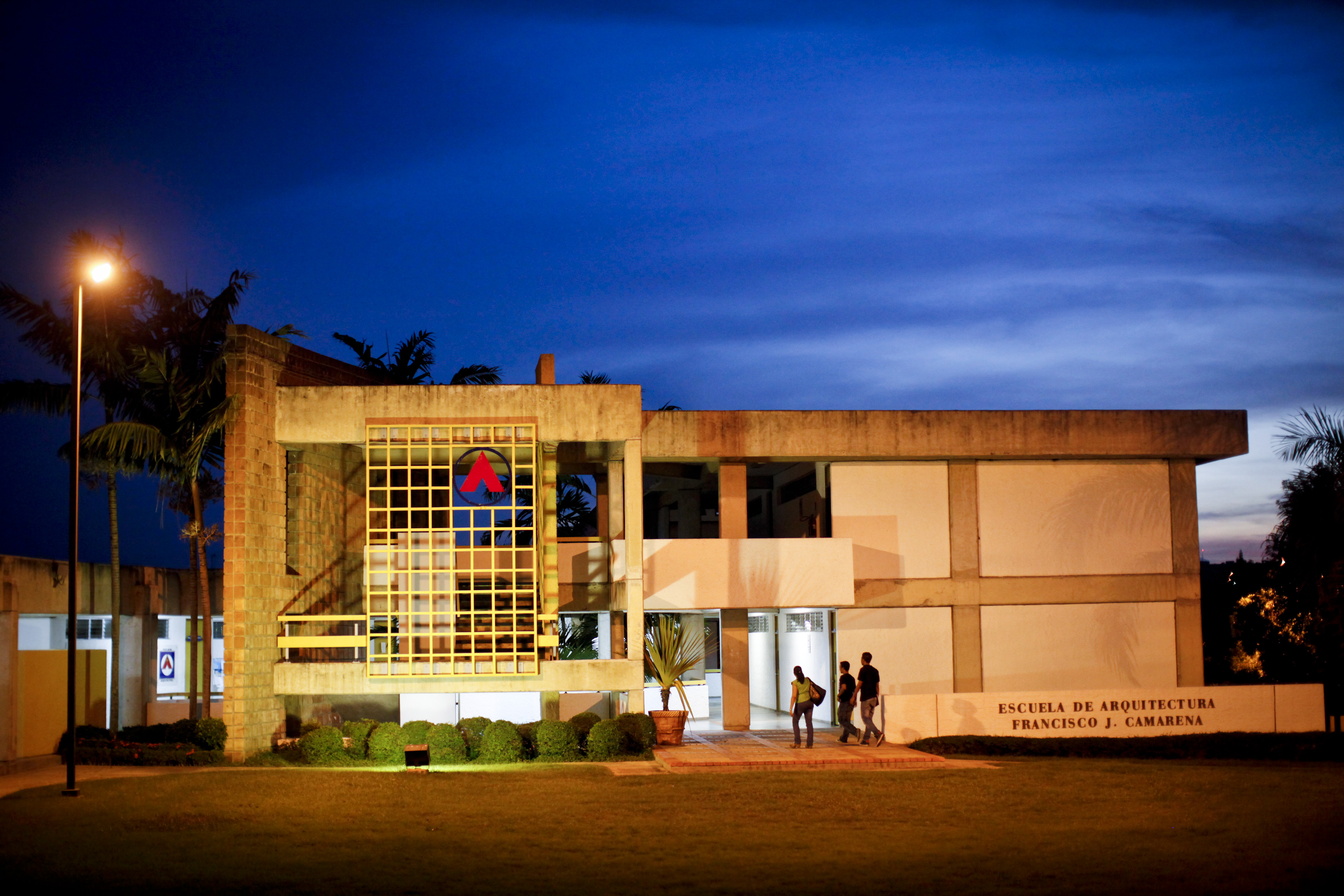 In Santiago, where it was founded in 1962, the PUCMM has been recognized as “the city’s educational heritage”.

A loan to strengthen high-quality scientific education in the Dominican Republic
DOWNLOAD THE PROJECT SHEET
Follow this project on:

MADRE Y MAESTRA: A PRIVATE UNIVERSITY “SERVING THE COMMUNITY”
During a trip to the Dominican Republic, a journalist from Haiti wrote, “I was impressed with the Pontificia Universidad Católica Madre y Maestra (PUCMM being its Spanish acronym). And I dreamt of the day when Haiti would have such a centre of learning. It is equipped with all the amenities that belong to student life and places special emphasis on technology studies, which are essential to a country’s development.” Founded in 1962, the institution so admired by the Haitian journalist is the oldest private school in the Dominican Republic.

The PUCMM is a non-profit school predicated on the commitment “to educate human resources to serve the community”. It has two campuses today. The main, historical campus is in Santiago de los Caballeros in the north of the island; the second, more modest one is in the capital.

Encompassing four colleges, the PUCMM offers 42 undergraduate and as many doctoral programmes in partnership with foreign universities, above all in the United States and France (e.g., ENA and the Montpellier Business School). It also possesses up-todate infrastructure and facilities, both for education (e.g., lecture halls, laboratories, libraries) and for student life (e.g., a multi-purpose hall, a theatre, parks, sport facilities). With a student body of 16,000, the PUCMM is the country’s fourth largest university and is considered on of its best, above all its medical school. The PUCMM is held to the quality standards set by the network of pontifical catholic universities, which are increasingly becoming the norm in the country. Moreover, the Dominican Republic has joined in a drive for accreditation of the academic curricula and institutions in Latin America and the Caribbean. The PUCMM boasts close to a 100% success rate for students entering the labour market. Over the past decade, however, enrolment levels have risen steadily; they are up by 37% in engineering and by 54% in health sciences.

afd
QUANTITY AT THE EXPENSE OF QUALITY?
This rapid shift to mass higher education has particularly affected the management capacity of the UASD, the quality of instruction and the value of the diplomas awarded. In a country where 40% of the population is under age 20 and where an estimated 660,000 students are expected by 2018, the logistical, financial and organizational challenges are formidable. With just 2% of GDP devoted to higher education, the Dominican government cannot meet the rising cost of mass higher education on its own. That explains the government’s reliance on vigorous growth of private-sector organizations such as NGOs, religious associations, businesses and non-profits. The percentage of students enrolled at private institutions thus rose from 23% in 1970 to 60% in 2016.

There has been considerable controversy over the boom in Latin America’s private schools, some of them with questionable credentials as universitiesor institutes, whether in Brazil, Chile or the Dominican Republic. Admittedly, institutions offering low-quality instruction that is often out of step with market needs and the problems facing young people looking for jobs have indeed proliferated, sometimes in chaotic fashion. But the fact remains that those schools are motivated by a desire to serve the public interest. This means that they may turn out to provide valuable assistance to the government’s educational policy and, more broadly, to the country’s economic development. In any case, this can certainly be said of the Pontificia Universidad Católica Madre y Maestra (PUCCM).

AFD
LOANS TO DESERVING STUDENTS
The university has had student loan programmes ever since it was founded,” reports Inmaculada Adames, the Vice-Provost. “They are essential to implementing the university’s philosophy, because they give deserving young people access to quality higher education, regardless of their family’s income level.” At the PUCMM, 30% of all students are loan recipients.

The AFD has also been supporting the university for ten years jointly with Proparco, extending three loans totalling €26m since 2006. That funding has served in particular to further the PUCMM’s social inclusion policy for low-income, high-achieving Dominican and Haitian students. Over 5,000 young people have already benefited.

What makes the complementarity between Proparco and its parent company so effective is that Proparco commitments to improve the quality of infrastructure and educational facilities are buttressed by AFD programmes to raise the level of teaching-staff qualification. Between now and 2018, some sixty members of the staff will attend master’s and doctoral courses. At the same time, the AFD helps the PUCMM achieve greater international scope. Ninety-five students have entered a dual diploma programme with French universities and ten exchange programmes between France and the Dominican Republic have been arranged.

Because it facilitates access to quality education with national and international recognition for thousands of young Dominicans, the PUCMM not only contributes to the democratization of higher education, but also offers Dominican youth a solid educational background that is in tune with demand in the local and regional labour market. This makes it a genuine partner to the government authorities.

Eduardo Muñoz pour l’AFD
PROPARCO AND THE AFD: TOGETHER FOR THE LONG HAUL
To meet such growing demand and its own goal of “democratizing higher education”, the PUCMM needs long-term funding in foreign currency, something hard to come by in the country. Proparco responded to that need in 2015 by extending a $16m loan to enable the PUCMM to build and equip a new health sciences college and expand the engineering school on its Santo Domingo campus.

This is the fifth loan granted by the AFD Group to the PUCMM. In 2003, Proparco contributed to a major investment programme on the Santiago campus with a $12m loan. The money was used to build a school of architecture and a new centre for technical and vocational training as well as to upgrade and equip various facilities for master’s programmes, the student activity centre and the library.
Agrandissement de l’université PUCMM de Saint-Domingue
Agrandissement de l’université PUCMM