MICROCREDIT: A SOLUTION under certain conditions

©Sam Jam
Banks and Financial services
Cambodia
Report
MICROCREDIT: A SOLUTION
under certain conditions
17.6%
of all adult cambodians had contracted a loan in the preceding 12 months, according to the credit bureau
2.4 millions
Borrowers in Cambodia’s microfinance market, according to the cambodia microfinance association (CMA).
By offering financial services to the neediest population groups, microfinance institutions support micro-enterprises and help enhance living conditions for their customers. Microfinance provides assistance in starting up a business, mobilizing savings or taking out insurance to cope with the hazards of life. This meants it has a potential for growth that is commensurate with the degree of financial exclusion that continues to plague so many developing countries. At first blush, this looks like a ideal way out of poverty.

Since the 1990s, the number of MFIs in the world has seen exponential growth that has not always been accompanied by stricter regulation with regard to responsible lending, financial soundness or transparency on lending activity. With signs of overheating already experienced by several countries, for example in Morocco, Bosnia and Nicaragua in 2008, followed by India in 2010, experts have come forward to warn the microfinance institutions. MIMOSA (Microfinance Index of Market Outreach and Saturation) provides country studies based on metrics that track market saturation, regulation and competition as well as the maturity of MFIs and how transparent and risky their lending activities are. Studies have already been conducted on Cambodia, Kyrgyzstan, Bolivia, Morocco, Peru, Azerbaijan and Senegal. 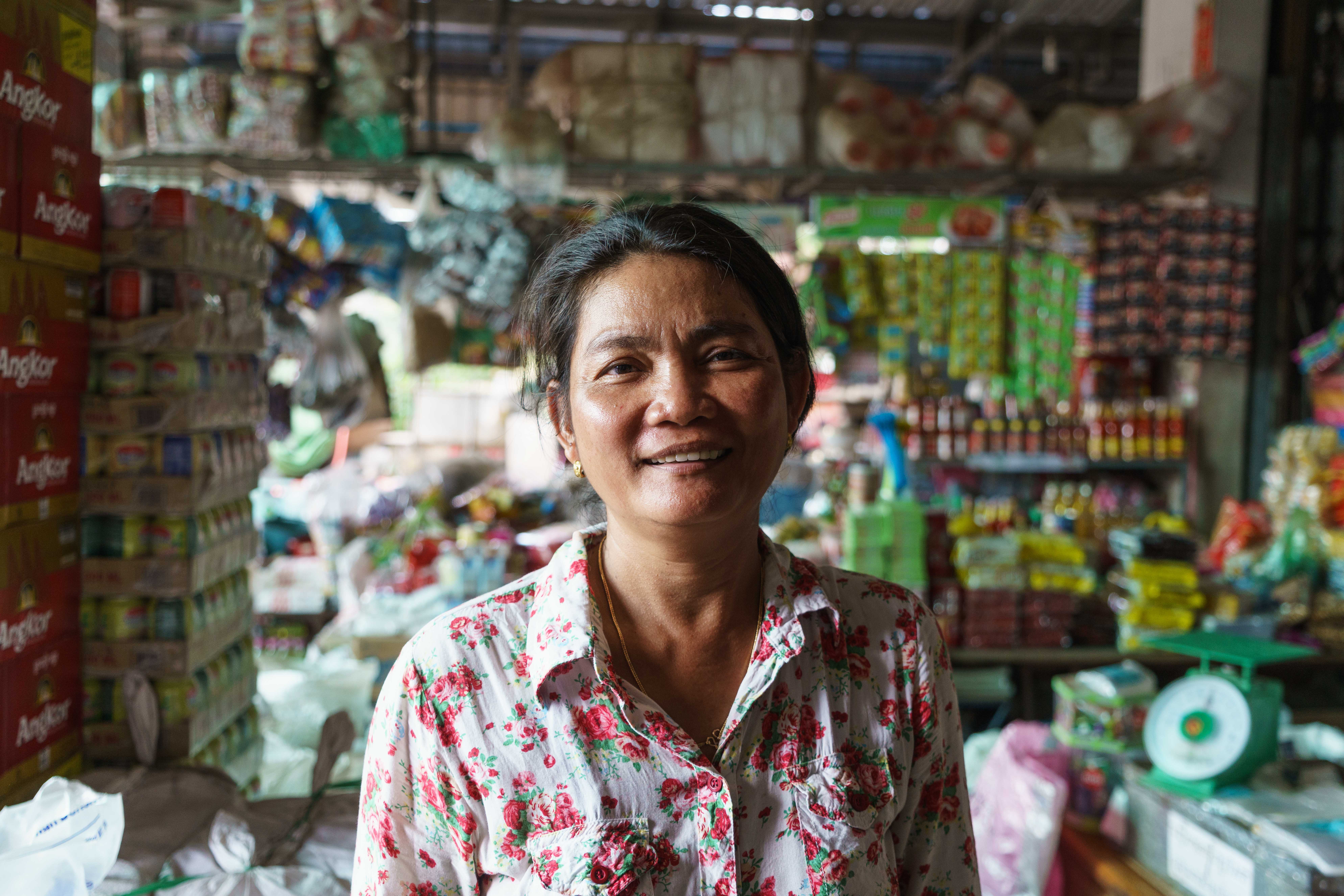 ©SamJam
microfinance
Microfinance came into being as a means to promote financial viability, and is therefore governed in part by a commercial mindset. In fact, a number of buoyant markets have seen intense competition between microfinance providers, and while this has led to a welcome decrease in lending rates, it has also spawned a variety of practices that are detrimental to customers. In many countries, the microfinance sector has experienced spectacular growth, correlated with a bidding war and a tendency to overheating that may result in unsustainable debt levels that can only hurt the sector itself. Significant microfinance crises have already unfolded in such places as Peru, Bosnia, Nicaragua, Bolivia and Andhra Pradesh, India. Due to competition between microfinance institutions and increased lending, some loans have been used to pay off previous ones in a well-documented vicious circle that now seems to be looming in Cambodia as well.

©SamJam
Experts ringing the alarm bell in Cambodia
A mere 22% of all Cambodians over fifteen years of age have accounts at formal financial institutions, whether banks or microfinance institutions (MFIs). This stands in stark contrast to the situation in neighbouring Thailand, where 78% of the population was ‘banked’ in 2014.* With a population of 15 million, Cambodia boasts an advanced regulatory environment and therefore a high degree of transparency, along with sound market infrastructure that includes a central credit registry and the Cambodia Microfinance Association (CMA). This favourable environment has offered considerable opportunity to MFIs and made this a highly competitive market. Today, however, experts are ringing the alarm bell. They emphasize the risk of market saturation in specific provinces, the growing average size of microcredits and the presence of informal lenders engaged in reckless practices, from usurious interest rates to shoddy assessment of customers’ creditworthiness.

©SamJam
Stiffer regulation
On 13 March 2017, the National Bank of Cambodia issued a new regulation setting an interest-rate ceiling for all microfinance institutions from April 1st, 2017 onward. This creates an additional challenge for the country’s regulated MFIs, particularly those operating in rural areas and offering small loans that entail high operating costs. Daniel Rozas, a microfinance specialist and consultant in Cambodia, has developed a tool for forecasting microfinance saturation that he has pleasingly named MIMOSA.

©Luca Laurenti
Interview with Daniel ROZAS : Cambodia at the crossroads
In terms of microfinance, Cambodia is the exception. Why is that?

Cambodia is a particularly interesting case. During the first decade of this century, the country basically had no financial sector. The primary vehicle for developing local financing were microfinance institutions, rather than banks. All those MFIs were originally NGOs active in the countryside in a variety of development projects, including microlending. What distinguishes Cambodia is that its MFIs got started in rural areas, not in cities. The result of microfinance has been to connect the rural economy to the financial sector. A further point is that institutions from abroad, for example, foreign social investment funds and development institutions like Proparco, have played an essential role in the sector since the early 1990s. Virtually all of the Cambodian microfinance sector’s financial resources initially came from development assistance, and that was still true five or six years ago. Microfinance NGOs gradually developed into MFIs and in some cases banks funded by foreign organizations. That has happened nowhere else in the world.

You claim that the decree of 13 March 2017 has created a lot of uncertainty. Could you elaborate on that?

The decree shows confusion between interest rates charged by informal MFIs, which are considered usurious, and those charge by regulated MFIs. It could have a major impact on those institutions. If interest rates are kept at such a low level without any room for flexibility, a number of MFIs will find it hard to stay in business. They’ll be forced to lend money at rates that don’t even cover their operating costs. If you slash interest rates over night, MFIs will stop offering specific products. Rural borrowers are likely to be the first casualties, given that it costs more to provide service in remote areas.

You also take part in designing good practice guidelines together with the CMA. What needs does that project seek to meet? What are your goals?

The CMA was concerned to lay down guidelines for preventing overindebtedness and guaranteeing sustainable expansion of the market. So a number of development finance institutions, among them Proparco, were asked to help out. These restrictive, self-regulatory guidelines establish a framework for MFI activity that includes requirements on reporting to the Credit Bureau Cambodia (CBC). The CBC is responsible for producing a follow-up report that funding providers can access. A noteworthy feature is that the guidelines have been set exclusively by microfinance organizations themselves. The CMA hopes that the National Bank of Cambodia will incorporate the guidelines into a law that applies to all financial sector institutions. In practice, the guidelines will compel MFIs to collect more extensive customer information, provide the data to the CBC, limit the number of loans to any single borrower and more effectively protect customers.

Could you describe good practice in the sector?

MFIs in Cambodia are eager to cooperate with each other. For years now, they have strived to create a responsible microfinance sector governed by common principles. They routinely respond to requests from funding providers that they submit to social ratings, something you don’t see in other markets. This has given rise to a prescriptive framework covering both financial and social standards. In fact, a number of MFIs have distinguished themselves with socially responsible treatment of their customers. For example, they cooperate with the Social Performance Task Force (SPTF) and the Smart Campaign, a global effort to safeguard the well-being and overall financial situation of individuals and families involved in microfinance projects. Above all, they make sure they understand their customers and zero in on the needs that are specific to their situation. This creates a more ethical framework. In this respect, too, Cambodia is in the vanguard.